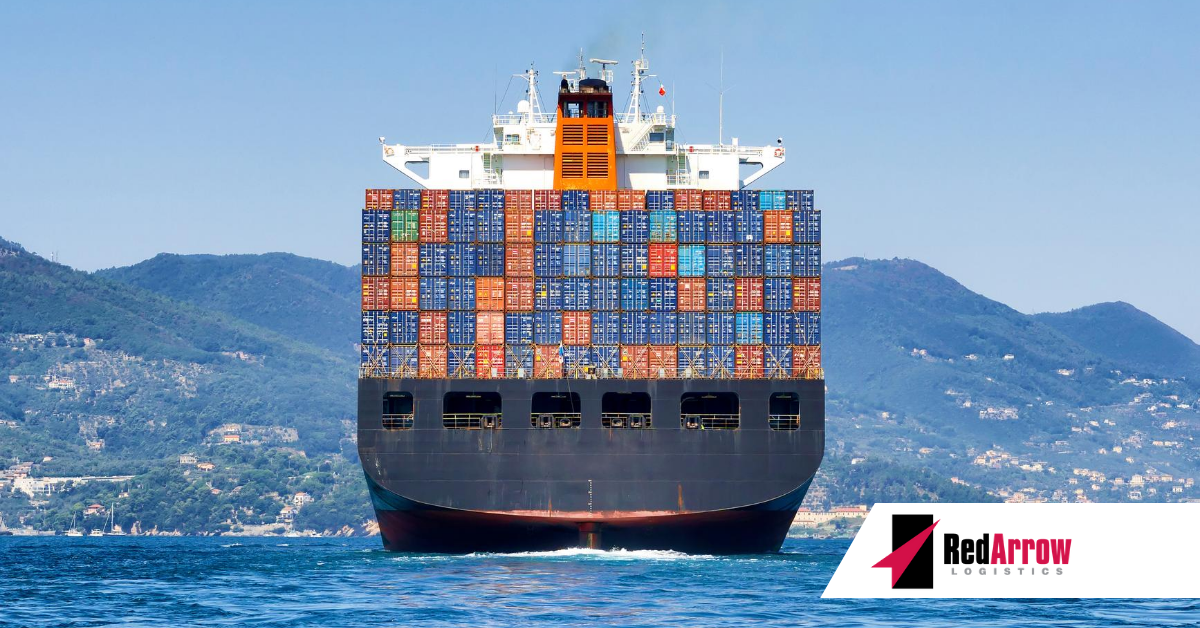 The year 2020 has certainly been one full of surprises, especially in the freight and logistics industries.  Now in the second half of the year, the surprises keep coming.  The Asia to U.S. line freight rate is at an all-time high for the last decade, and it just might continue to rise. 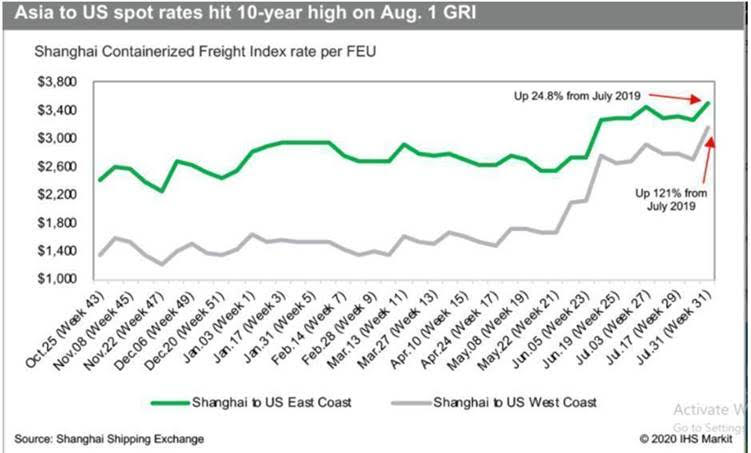 The uncertainty of export forecasts for the U.S. reflects the sporadic buying habits of Americans.  Because of the COVID-10 pandemic, the buying habits of consumers have changed.  Items that are home-related such as fitness equipment and gardening supplies are flying off the shelves while the sales projections for other items such as clothing and seasonal merchandise like back to school products remains uncertain.

Most likely, sales for these types of times will remain strong for the next several months as consumers spend more time at home.  This has impacted the cargo structure to include kitchenware, electronics, and computers.  Importers do not expect the quantities to change by September.

In the beginning of the year, when the shipping industry was hit hard by the COVID-19 pandemic and freight rates bottomed out at USWC/USEC $1400/FEU, $2700/FEU from the end of February to early March.  As a result, shipping companies cut their shipping schedules, reduced capacity and removed ships from sailing to stabilize freight rates.  The suspension of certain routes is an attempt to better meet current market demand.

One shipping consulting company, Sea-intelligence feels that how shipping companies react is controlling freight rates.  However, the company states that the rates of some routes are increasing, specifically the trans-Pacific route and the Asia-Europe route as well as the Asia-USWC and Asia-USEC routes, which have increased by 102% and 22% respectively. Because the Chinese economy was able to recover somewhat from the pandemic, the rates on routes from Shanghai to Los Angeles rose by 47% in June.  The Shanghai Export Contain Freight Index (SCFI) states the spot freight rate for the Trans-Pacific West Coast containers went past the 3,000 USD threshold, reaching 3,167 USD while the Trans-Pacific U.S. East Coast increased by 7% to 3,495USD.

The Trans-Pacific routes are returning to normal and extra loaders are now being used to accommodate the cargo volume for the peak summer season.  Maersk and MSC have reduced capacity, by 18% in July, while THE and Ocean Alliance have had a smaller reduction in capacity of 5% and 1.6% respectively for July. Even with the reduction, MSC remains the largest individual carrier in the transatlantic. Its market share is 29.1%, higher than its market share within 2M at 23%.

The balance between market share and rates continues.  Xeneta CEO Patrik Berglund said: “For carriers facing difficult decisions, this is obviously a concern continue to reinvest in capacity and try to gain market share but worry about damaging freight rates are lowering service quality competition.”

The USEC reached a new high for the year at $4100/FEU in August.  The USWC continues to increase prices and just reached a record high of $3600/FEU.  As for the remainder of the year, freight levels will most likely not return to where they were in February of this year.  The market remains uncertain due to the upcoming November election, which has created doubt in the Sino-U.S. trade market as to what the future holds. 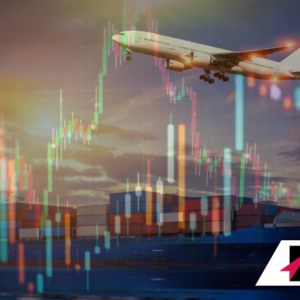 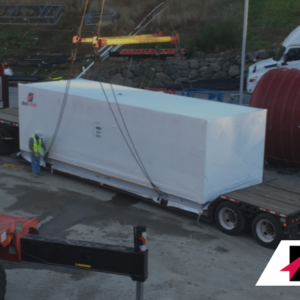 Hurricane Season is Here: How to Prepare Your Supply Chain

Cybersecurity Risks in the Supply Chain

How to Determine the Optimal Inventory Levels for Your Company