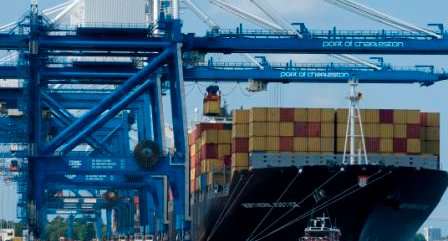 For decades, the majority of Asian Imports have passed through West Coast ports, but that balance seems to be shifting. The East Coast, Gulf Coast, and even Canada are each claiming a larger share of the market, a trend that will likely continue as ports grow to accommodate a new wave of mega carriers.

The movement away from West Coast ports is likely to continue for several reasons. For one thing, the Southeast has the fastest growing population in the country, which is an obvious draw for importers. Also, the recently-completed Panama Canal expansion is allowing larger ships to make their way east, and offering shippers per-slot savings of hundreds of dollars. Gulf Coast ports, meanwhile, are hampered by a lack of intermodal connections to population centers, but have still quadrupled their share of the Asian market since 2005, and the recent surge of resin exports to Asia is expected to increase the flow of traffic.

Accommodating larger ships is only one-way ports are vying to remain competitive. Many ports are also overhauling their operations to achieve maximal efficiency and make themselves more attractive to carriers. The Port of New York-New Jersey is a prime example of this dual investment, as it is not only raising the Bayonne Bridge to allow for larger ships, but is considering extending gate hours, and has had great success with its appointment-only terminal pilot program. That kind of willingness to adapt will be crucial in order for ports to take advantage of the huge number of containers passing through them on the new mega-carriers. Improved efficiency also offers benefits to drayage drivers (whose time will become even more precious when the ELD mandate takes effect), and the supply chain as a whole.

Analysts emphasize that the West Coast’s dominance is far from over, and it still remains the top choice for time-sensitive, high-value deliveries. Unloading shipments from West Coast ports onto trains can get them inland up to two weeks faster than waiting on the slow progress of container ships to the East, making it an attractive choice to businesses such as clothing retailers, for whom shelf time is precious. But even that avenue may be ripe for disruption, as Asian companies begin to explore air freight as a faster alternative to container ships. Especially in the realm of online shopping, where competitive delivery speeds make or break companies, the investment no longer seems as far-fetched as it once was, especially as long as fuel prices remain relatively low. The Wall Street Journal reported this month that UPS is partnering with S.F., China’s biggest package delivery service, to provide deliveries from Asia to the US, in a move that S.F.’s vice president promised will “revolutionize the logistics sector.”

Asian imports are widely believed to be a good indicator of overall port health, since they’re the only trade lane in which all three coasts compete. And that competition stands to benefit both shippers, who are now presented with a wide variety of cost-effective distribution options, and the logistics industry itself, as ports learn to handle greater volumes with maximal efficiency. 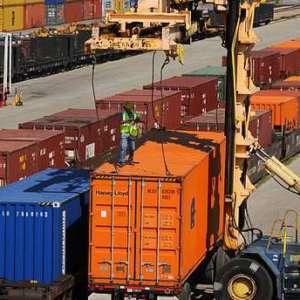 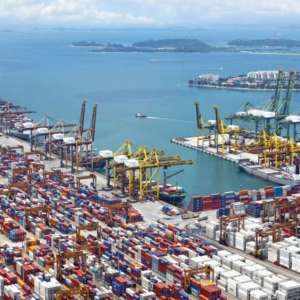