The Year Behind Us, The Year Ahead for Logistics | Red Arrow Logistics Transportation and Freight Forwarding

By practically any metric, 2018 was a roller-coaster of a year for anyone in the world of logistics or supply chain management. The economy boomed, but the rumblings of nationalism and isolationism threatened to bring the expansion to a screeching halt. Technological developments promised huge leaps in efficiency, but the bottleneck of the driver shortage caused no shortage of frustrations. New policy changes, natural disasters, and scandals seemed to develop every day, and their reverberations are still being felt.

To close out the year, let’s take a look back at the stories that defined 2018, and how the continuing fallout from these developments will shape the logistical landscape in the year the come.

It wasn’t so long ago that the expression “the price of tea in China” signified something so distant as to be irrelevant. In 2018, however, we learned that any alteration to the balance of trade with China has effects that reverberate throughout the world. We devoted a great deal of time this year to examining the impacts of the Trump Administration and the Chinese government’s tariffs and counter-tariffs. Any news of a possible compromise was met by a jump in the stock market, which was usually followed by more sabre-rattling that sent the markets plummeting again.

The trade war aside, observers also watched with keen interest as China intensified efforts to revamp its economy by banning the import of recyclable materials. The world also took note of China’s controversial and hugely ambitious plan to remake the developing world’s infrastructure: the Belt and Road Initiative.

Don’t expect U.S.-China relations to stabilize anytime soon. While the two parties have agreed to a temporary halt in levelling new duties, tensions remain high. The issue of China’s intellectual property theft, the arrest of prominent Chinese businesswoman Meng Wanzhou, and America’s overarching suspicion as to China’s geopolitical goals mean that the days of cheap, reliable Chinese imports may be over for the foreseeable future. In the short-term, BCOs have reacted by stockpiling inventory, but the situation may mean that in 2019, businesses will look to other nations for their manufacturing needs.

For years now, Jeff Bezos’s leviathan has set the standards that the rest of the logistics industry has been forced to live up to. 2018 was no exception, as the emphasis on lightning-fast, constantly visible deliveries spread to more industries. However, 2018 was the first year in which the public began to seriously wonder whether Amazon’s convenience excused its behavior. An elaborate search for the company’s second headquarters left many spurned cities with hurt feelings and called into question the wisdom of heaping tax breaks on one of the world’s most successful companies. Further PR hits concerning Amazon’s treatment of its warehouse employees, its involvement in Facebook’s privacy scandals, and its ability to drive competitors out of business have tarnished its once-sterling image.

While nothing can roll back the consumer expectations Amazon has created, the brewing public backlash could be a boon to retailers and independent shippers. Next year may provide a valuable opening for businesses that can prove they can match Amazon’s speed without its baggage.

Natural disasters seem to have become the norm in recent years, and 2018 was no exception, from the freakish Hurricane Florence to the tragic devastation of the California Wildfires. Yet these disasters, coupled with a series of stark reports from multiple governments seem to have finally achieved a critical mass of consensus about the need for climate action. However, that consensus has failed to reach the White House, which has stubbornly persisted in its pro-coal, anti-regulation agenda. Despite that, several logistics-related industries promised to clean up their acts this year, most notably the maritime shipping industry’s bold commitment to low-sulfur fuel.

While hurricanes, wildfires, and earthquakes are fundamentally unpredictable, we can count on seeing more next year. Preparing for these will mean maintaining a continued focus on agile supply chains that can quickly react to crises. We can also expect ongoing debates over every industry’s obligation to develop more environmentally sustainable practices, versus their obligation to keep rates low and the economy humming. Some sectors may attempt to self-regulate, but in the absence of federal legislation tightening emissions standards, we can also expect more states to follow California’s lead in passing their own laws.

The Outlook for Trucking

The national truck driver shortage reached a boiling point in 2018, and sent spot and contract rates climbing to unprecedented levels. For many drivers, this was an overdue correction to years of stagnant wages, but shippers reacted with frustration, even as they fought to attract carriers. On the bright side, the impact of the ELD mandate was not as dire as some had feared, and a crop of digital upstarts helped nudge trucking toward greater visibility and efficiency. Despite that, rising transport costs and this year’s tariffs have driven up the price of goods throughout the economy, and may be contributing to a looming slowdown.

The seldom-spoken but widely-held consensus is that the truck driver shortage won’t be solved by an influx of manpower, but through greater automation. In 2019, look for platooning technology to be adopted more widely, and to pave the way for the era of truly driverless trucks, which will upend the economy in ways too far-reaching to accurately predict. In the meantime, the only way trucking rates will come down is if the economy itself stalls and demand subsides. However, neither shippers nor carriers are helpless in the face of this situation, and the increasingly widespread adoption of things like digitized bills of lading and efficient loading dock processes will help to make the most of existing capacity.

We hope you had a very happy holiday season and look forward to serving you in the year ahead, whatever challenges it brings. 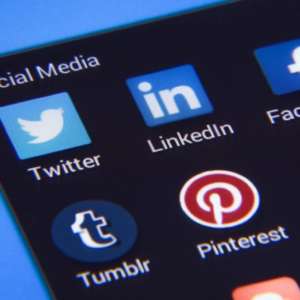 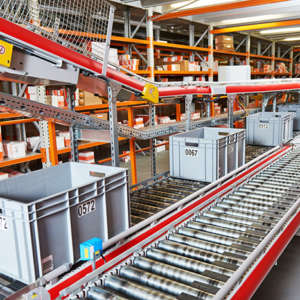