This month, Bangladesh’s finance minister announced plans to construct a floating terminal to alleviate the congestion that is crippling Chittagong, the country’s largest port. The concept is one of several bold steps the Bangladeshi government, private sector, and regional allies are considering to eliminate the bottleneck that is threatening Bangladesh’s burgeoning economy and costing shippers exorbitant fees.

The importance of Chittagong to Bangladesh and the global supply chain cannot be overstated. Bangladesh is the world’s second-largest exporter of ready-made garments, and Chittagong handles 90 percent of its imports and exports. Since 2009, Bangladesh’s export-driven economy has boomed, with Chittagong’s traffic rising alongside it. In 2008 Lloyd’s of London listed it as the world’s 90th busiest port, but by 2016 it had climbed to 76th. However, despite Chittagong’s crucial position in Bangladesh’s economy, the country has failed to make the necessary infrastructure investments to keep traffic running smoothly. In recent years, the port has lost six feet of draft, which has led to a wildly inefficient system in which feeder ships must partially unload at a berth that can accommodate them, then move to a separate berth (and pay a separate group of dock workers) once they have reduced their draft. Clearly, Chittagong badly needs to be dredged, but port authorities maintain that the high rate of berth occupancy makes such improvements impossible. To make matters worse, for years the port has lacked adequate equipment, and the problem was seriously exacerbated in June, when an accident destroyed two of Chittagong’s four gantry cranes.

Even before the loss of the cranes, Chittagong’s congestion was out of control, forcing ships to endure some of the longest wait times in the region. According to JOC, between January and June of 2017, the average wait time for loading and unloading jumped 43 percent. Ships in Chittagong now spend as many as 7 to 10 days in port, falling far behind regional competitors in Singapore and Shanghai and seriously disrupting the supply chain for Western retailers and consumers of Bangladeshi garments. Carriers have responded to the delays by enacting costly surcharges to any container moving through the port. On July 1, the Asian Feeder Discussion Group instituted an “emergency cost recovery surcharge” of $150 per laden TEU and $75 per empty TEU, and Maersk now charges Chittagong shippers $600 per container, a 50 percent increase over last year. For exporters, these charges cut into profits and threaten to destroy the low cost of doing business that made Bangladesh such an attractive location in the first place.

Given the seriousness of the situation, Bangladesh’s government is desperate for solutions, of which the “floating terminal” project is only one. The government has promised to expand Mongla, its second-largest port, by 42 percent by 2020, and the government of Japan has offered to help fund the construction of a new deep-sea port in Matabari, 50 miles from Chittagong. Additionally, the Chittagong Port Authority made a public statement recently in which it appeared to bow to pressure from the business community to privatize the port, though it stressed that the process would be “gradual.”

In the meantime, Chittagong’s best chance at restoring functionality may be the proposed floating terminal. According to government officials, the terminal would be built in Chittagong’s outer anchorage, and would allow for cargo to be transferred from ocean-going ships to smaller vessels, capable of travelling upriver to the capital city of Dhaka. Floating terminals have been in use for decades to get around draft restrictions, with designs ranging from simple repurposed tankers to enormous structures with significant storage capabilities. While the design for Chittagong’s proposed terminal has yet to be revealed, Bangladesh’s finance minister has ordered that the project be completed within 18 months. Assuming the port authority can acquire the necessary funds and handle the project with more efficiency than it has managed the port’s operations with, the floating terminal could be the most time and cost-effective remedy. The plan also calls for more inland container depots (ICDs) to allow for containers to be packed and unpacked outside the port, and demands improvements to nearby roads to improve the flow of traffic for trucks.

Until Chittagong’s congestion can be eased, the costs of imported consumer goods will continue to rise, the garment sector will continue to suffer, and carriers will likely continue levelling steep surcharges as a penalty for their idle ships. For Bangladesh, it’s a difficult lesson in the importance of infrastructure capacity keeping pace with economic growth. For international shippers doing business there, it’s a reminder that seizing economic advantages in the developing world comes with a large measure of risk. 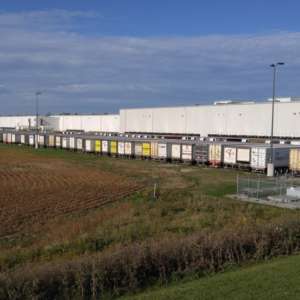 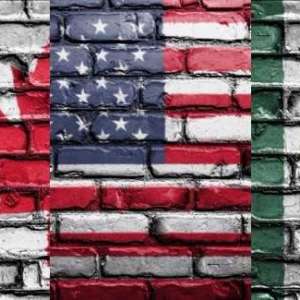