The American trucking industry is in a period of upheaval, contending with a rising wave of consolidation, the impending ELD mandate, and the promise of driver automation on the horizon. In addition to these new issues, trucking is also facing a perennial problem: a serious driver shortage. The American Trucking Association estimates that at present, the industry is short 50,000 drivers, and will need of 890,000 new drivers over the next decade to keep up with both rising freight demand and the retirement of older drivers.

There are many interrelated causes for the driver shortage–government regulation, public perception, and the trucking industry itself–but each problem comes down to a fundamental lack of respect for truckers, and any solution must come from all parties working to address it. The first and most obvious culprits for the driver shortage are the long hours and low wages. Though the trucking industry still touts itself as a guaranteed entryway to the middle class, that’s not really the case, and when adjusted for inflation, truckers now make roughly a third less than they did in the 80’s. Within the industry, turnover rates are astonishingly high, and companies regularly report between 100 and 300 percent turnover annually. While many of these drivers move on to other trucking jobs, the turnover rate still betrays a serious lack of job satisfaction, especially among truckers on long-distance routes that require a significant amount of time away from home.

Trucking also has an age problem; the average age of American drivers is 49, and federal law prohibits drivers younger than 21, by which time many young people have chosen other career paths. A more nebulous, but still impactful, issue is trucking’s persistent public image as a dangerous or even lawless profession. This perception may account for why only 5.1% of drivers are women, despite the industry’s attempt to attract them. On the flipside, the freedom and independence of the trucking lifestyle is what drew many drivers to the job in the first place, and many are threatening to leave the industry over what they feel are invasive government regulations, such as the ELD mandate.

Until trucking becomes a more appealing industry, companies will continue to rely on trucking schools which churn out thousands of inexperienced drivers a year (frequently with taxpayer-subsidized tuitions). These drivers frequently expect significantly higher salaries and better working conditions than they receive, so they quickly get frustrated and exhausted, and leave the industry. This model weakens the entire supply chain, since inexperienced drivers are generally less equipped to deal with the inevitable setbacks they meet on the road, thus slowing down the rate of business for everyone. Furthermore, when drivers leave, companies must find, recruit, and train new employees, and these costs are passed on throughout the supply chain.

Finding solutions to these difficulties will require the participation of all parties. To bolster trucking’s image, the ATA has launched several outreach programs to improve public perception and encourage more young people to become drivers. The industry is also aggressively recruiting military veterans as a promising source of labor. Some are lobbying to reduce the legal driving age to 18, though this poses significant safety concerns. But in its 2015 report on the subject, the ATA suggested that everyone on the supply chain could improve retention by treating truckers with more respect. According to the report, “drivers often complain of mistreatment at shipping and receiving facilities. Complaints range from restricting access to restrooms to having to wait extended periods of time before the trailer is loaded or unloaded.”

Truckers are an invaluable class of workers to the entire economy, which moves nearly 70% of all freight tonnage. And while truck driving is usually classified as “unskilled” labor, it is incontestably grueling on trucker’s bodies and families, and the industry as a whole should be willing to invest in the kind of drivers who can put up with the demands of the profession. Yet looming in the background of the conversation is the race towards automation, which is estimated to begin in earnest in the next decade. While the head of the ATA is optimistic that this will manifest as “driver-assist,” rather than “driverless” technology, experiments with “platooning” (one driver controlling several trucks) indicate that jobs will inevitably be lost. Some may not see this as a negative development, as the Atlantic wrote in its piece on trucking automation: “When Robots Take Bad Jobs.” But until the robots arrive, the best way to combat the driver shortage is simply to make trucking a good job once again and treat our drivers and dock workers with respect. 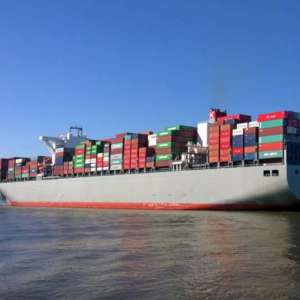