Shippers, carriers, and logistics professionals are all watching closely as trade delegations from the U.S., Canada, and Mexico enter the second of seven rounds of negotiations to overhaul the North American Free Trade Agreement (NAFTA). Unfortunately for observers, uncertainty abounds as to what “NAFTA 2.0” will entail. President Trump’s opposition to NAFTA was a cornerstone of his campaign, and at an August 22 rally, he repeated that the U.S. would “probably” have to drop out of the agreement. Robert Lighthizer, Trump’s top delegate to the negotiations, has echoed his aggressive rhetoric, citing NAFTA’s “fundamental failures,” and demanding significant overhauls to the deal in order to encourage more American manufacturing. Despite the posturing, most observers predict that the U.S. is merely taking a hard line in order to press for more favorable policies, and point to the actual proposals floated by the Trump administration, which have been relatively modest in nature. While any change to NAFTA will have profound impacts on the entire supply chain, the trucking industry will be among the first affected, and a look at both governmental proposals and industry “wish lists” provides a hint of what changes shippers and carriers can expect.

NAFTA has been deeply controversial since its enactment in 1994, and there is no consensus among either policymakers or logistics professionals as to whether its net effects have been positive or negative. However, the increase in cross-border trade brought about by NAFTA has undeniably been a boon to the trucking industry, with the DOT reporting that trucks carry 63.4 percent of all NAFTA freight. Vehicles and vehicle parts are the top products hauled across NAFTA borders, and auto manufacturers have been among the most vocal supporters of keeping NAFTA untouched, fearful of any disruptions to their complex supply chains. Among the most widely-discussed of the U.S.’s proposals is a provision that would directly impact both auto manufacturers and carriers: the so-called “rules of origin.” Under current law, 62.5 percent of all auto parts must be of North American origin, a percentage the U.S. will likely demand be raised significantly. Canada and Mexico have indicated that they would agree to such a change so long as it applies to all three NAFTA members, but the U.S. is rumored to be demanding that the increase apply specifically to American-made parts. Such a change would support the U.S.’s “Buy American” agenda, but may be a non-starter for its trading partners. However, either change to the rules of origin would benefit carriers, who would begin hauling a percentage of auto parts currently being imported via ship from Asia.

Besides trade laws which will reverberate throughout the economy, the NAFTA overhaul is likely to include several provisions aimed specifically at trucking, chiefly with the goal of reducing congestion at border crossings. One of the U.S. delegation’s stated goals is to “provide for streamlined and expedited customs treatment for express delivery shipments, including for shipments above any de minimis threshold,” and FedEx and UPS are among those who have called for Mexico and Canada to boost their de minimis thresholds (currently $50 and $15, respectively) to be more comparable to the US’s $800 de minimis rate. American Trucking Associations requested that new regulations allow for the commingling of cargo from multiple brokers (which currently must be separated into different trailers) when crossing the US-Mexico border, and have also advised that foreign drivers be allowed to reposition empty trailers in “drop and hook” operations. Mexican business leaders have advised “more import specialists, expansion of FAST lanes on both sides of the border, and increased use of technology (x-rays vs. manual inspections)” to ease congestion while acknowledging U.S. security concerns. Both American and Canadian trucking interests are also hopeful that revisions will reduce regulatory paperwork, automate import/export processes, and provide for increased staffing at checkpoints to maximize efficiency. All these proposals are relatively uncontroversial, and are likely to gain approval from all three trading partners, who have agreed on the need to harmonize and modernize operations.

Despite industry-wide consensus on many aspects of the NAFTA overhaul, there are areas of sharp disagreement within the trucking industry. For example, both the Teamsters and Owner-Operators Independent Drivers Association have demanded that NAFTA drop the cross-border trucking provision with Mexico, citing environmental and safety concerns. The American Trucking Association disagrees, with a spokesman confirming that “Our support for the DOT’s cross-border trucking program is unchanged.” And even among long-haul truckers whose jobs are directly dependent on NAFTA, support is far from uniform, with some drivers claiming they’d gladly trade their routes for factory jobs closer to home.

Whatever form the NAFTA overhaul takes, observers won’t have to speculate about it for long, since the deal is scheduled to be finalized by the early months of 2018.

Red Arrow will continue to monitor NAFTA negotiations as they proceed, so be sure to check back as we explore policy changes and their impacts on the industry. 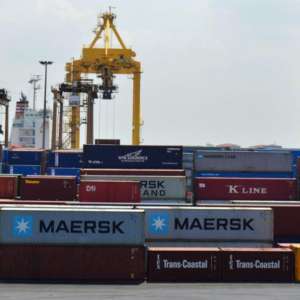 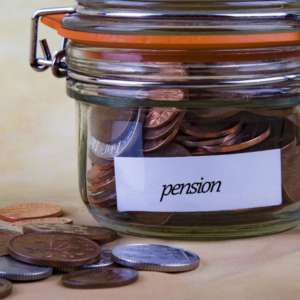